What to Do When You Are Caught in a Toxic Relationship

Are you caught in a toxic relationship?

It doesn’t matter if you are married or dating, it can be difficult to navigate out of it. The laughter in the marriage or relationship is gone, and you are left with only anger and destruction.

I have a friend who was in a toxic relationship, and it did not end well.

I don’t think she would mind me sharing with you some of her mistakes. Knowing her, she would want people to learn what not to do.

This is the true story of my friend, Shannon.

RELATED: Why Laughter In Marriage Is Important

The first time I met Shannon we were 8 years old. Our families crossed paths in Wyatt’s cafeteria.

It was a very quick introduction. I probably would not have remembered the experience if it weren’t for the way Shannon looked.

Don’t get me wrong, she was pretty. But her bangs hung over her eyes. You could barely make eye contact with her.

I didn’t think much about it at the time, but the memory did stick in my mind. Later, I would realize she was hiding under her bangs.

Years later we ended up carpooling to school every day. That is when we became friends.

RELATED: How to Not Lose Faith: 7 People Who Were One Hot Mess

After a while, she started opening up to me while driving to school. I learned more about her, and all the things she had gone through.

Some of the things she had been through included sexual abuse. I had no idea that when she was younger she was being abused by a family member. It all made sense after she told me.

I could never understand some of her choices until I understood her childhood. I tried to encourage her and love her unconditionally after she told me.

RELATED: How to Quickly Overcome a Failure or Loss

The thing that really rocked my world was when she told me about something that had happened to her over the summer.

She had an abortion. She got caught in a toxic relationship with a man.

Shannon never told him she was pregnant or about the abortion. She was absolutely devastated that it happened but didn’t see any other way out. Frankly, she was relieved it was over, and her family didn’t know about it.

I never had the chance to talk her out of the abortion when it happened or to speak into her life because we didn’t talk at all that summer. I was really sad for her and the baby, but I loved her through it.

RELATED: 15 Life-Altering Reasons For Kids to Wait Until Marriage

Purchase your ebook or paperback on Amazon or at your favorite digital store.

Fast forward ten years later. Shannon started having children. And that is when the nightmares started. She dreamed about the child she never had.

She kept dreaming she was drowning her baby. It would be the same dream every time. I remember her complaining about not being able to sleep because of the nightmares.

Over the next year,  I started noticing small changes. She would talk really fast when we were on the phone. I could hardly understand a word she said. Other times, she would be slurring her words.

Looking back, I realize she started abusing prescription drugs when she started having nightmares. I think she was desperate to sleep.

Eventually, Shannon started having all sorts of “accidents.” Her foot was broken, her tooth was chipped, her back was hurt, etc. It was then she really started becoming addicted to pain medication.

By this time, she was pretty open about what she was taking. She had to stop driving because she flipped her car. Thank heavens her kids were not in it at the time.

RELATED: Parental Anxiety: 7 Breakthrough Tips To Calm Yourself Down

One day I got a call from Shannon. She had left her home and was staying with a friend. She asked me to hold some pictures for her in case something bad happened to her. I didn’t understand what she meant until I saw them.

She had been beaten to a pulp.

Her face, her body–everything. She had a black eye. It was swollen halfway shut.  nd she had cuts and large bruises on her torso. Her back was all cut up. It was horrific.

I cried in disbelief. I couldn’t process what I saw. The pictures burned a hole in my computer.

I would keep going back to look at them over and over again. It was sickening. Words cannot express how I still feel about what I saw. It is beyond me how a man could do this to a woman.

I begged Shannon not to go back, but she wouldn’t listen to me. She had 3 children, and she said she would never leave them.

I think she knew she would never get custody if she left.

She was dealing with a prescription drug addiction, and she had no real way to support her kids financially on her own. I think she knew she was trapped. She said she was going back even if it killed her.

That is exactly what happened to Shannon. At the age of 42, my friend Shannon died.

I was overwhelmed with guilt and shame. I felt I had not done enough. For the last year, I had been ignoring her calls some of the time because they were becoming more and more bizarre.

I had little kids and my own family problems. I couldn’t deal with her.

Thankfully, Shannon also left the pictures with a cop friend in Dallas.

He contacted me and together we worked to try to get her justice. The authorities did hold her body over for several extra days so they could do a complete autopsy.

The official report said she died of a heart attack. There were no visible bruises or wounds at the time of death. I don’t know what really happened, but it still haunts me.

The Baggage Trapped Her

Shannon definitely had a lot of baggage going into her marriages. I wish she would have finished college and received some help for all the things she had experienced.

Instead, she got caught in one toxic relationship after another, wallowing in her pain.

Shannon never thought she deserved anything good. She didn’t know her worth as a person or that she could really accomplish something with her life.

I think she would still be alive today if she had the skills to support her kids. The problem was that Shannon got trapped. One day she woke up and couldn’t leave. It was an accumulation of her choices over a long period of time.

RELATED: 5 Awesome Hacks to Get Rid of Self Pity Once and For All

Look at where you want to be in six mos, two years, and five years. Start making the decisions that will get you there.

If you just live life for today and have no thought about tomorrow then you will wake up one day and be trapped just like Shannon. Whether you like it or not, someone else will be making decisions for you.

RELATED: How to Finally Trust God in Difficult Times

For those of you who are already trapped, I pray you will get help. You can start by praying for God to rescue you. He listens when you cry out to Him. God is there, and He uses people to help you out of this kind of situation.

You can call the National Domestic Violence Hotline. There are local shelters and church ministries that deal with this kind of situation. Find a way out. Don’t be like Shannon.

Praying for Your Spouse

It is never too late to start praying for your spouse or significant other. It doesn’t matter if your relationship is good or if you have been caught in a toxic relationship.

You should start praying for your spouse especially if it is a toxic relationship.

I have a prayer written out that you can use if you don’t know how to start. Click on the link below.

RELATED: The Best Way to Change Your Husband Through Prayer

My hope is that Shannon’s story will inspire you to live your life in a way that will make you think twice about your friends and your choice in a spouse.

Shannon isn’t just another statistic out there. She was my friend. I saw her slowly dwindle away right before my eyes. I don’t want this to happen to anyone else.

Do You Have Family Problems? There is Help and Hope!

Are you experiencing family problems or even estranged? Are you feeling shame, anger, or rejection? Check out my book Estranged: Finding Hope When Your Family Falls Apart on Amazon or at your favorite digital store.

This book not only talks about my seven-year estrangement from my Christian family, but it also gives solid tips to help you with your own family problems. Break free from your pain. Allow God to heal you no matter what has happened in your family of origin. There is hope when your family falls apart. 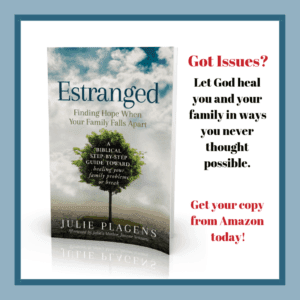 Continue the conversation on Facebook and join the group Christian Family Living. This is a place for Christian women to share their experiences and get helpful tools to navigate the Christian life. We love to laugh, cry, and encourage each other to live out our faith one day at a time.

The Ugly Truth About Shame, Embarrassment, and Guilt
5 Powerful Things to Do While Waiting on God
5 Awesome Truths When You Feel God Has Left You
How to Pray With Power in Your War Room
37 Hilarious Mom Quotes That Will Make You Laugh Out Loud
6 Powerful Ways to Pursue Wholeness in Your Relationships 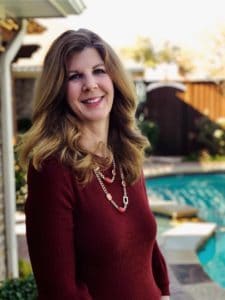